Schreiner University has provided military instruction and programing to its students for nearly 100 years. In 1917 Captain Charles Schreiner, rancher, merchant, and former Texas Ranger, envisioned an institution that would provide an educational opportunity for ranch boys who lived too far away from a public school. His vision was made possible by the support of the Presbyterian Church. In 1923, Schreiner Institute was established.

When Schreiner Institute first opened its doors, it served 95 young men from the Texas Hill Country and a few from surrounding states. These students were faced with the challenge of not only participating in the regular routine of academic programs, but they also learned military drills, bearing, and discipline through a strictly enforced regimen.

These students began their days with a morning workout, followed by an inspection of their living quarters, and then spent the next 6 to 7 hours in a classroom where they were challenged (four square) mentally. Following their time in the classroom they spent an hour conducting close-order drill 3 days a week. After performing drill, students would have a brief amount of time to relax and eat before conducting a nightly study hall. By no later than 9:45 pm they would be in their beds in order to rest up for the next day’s events. 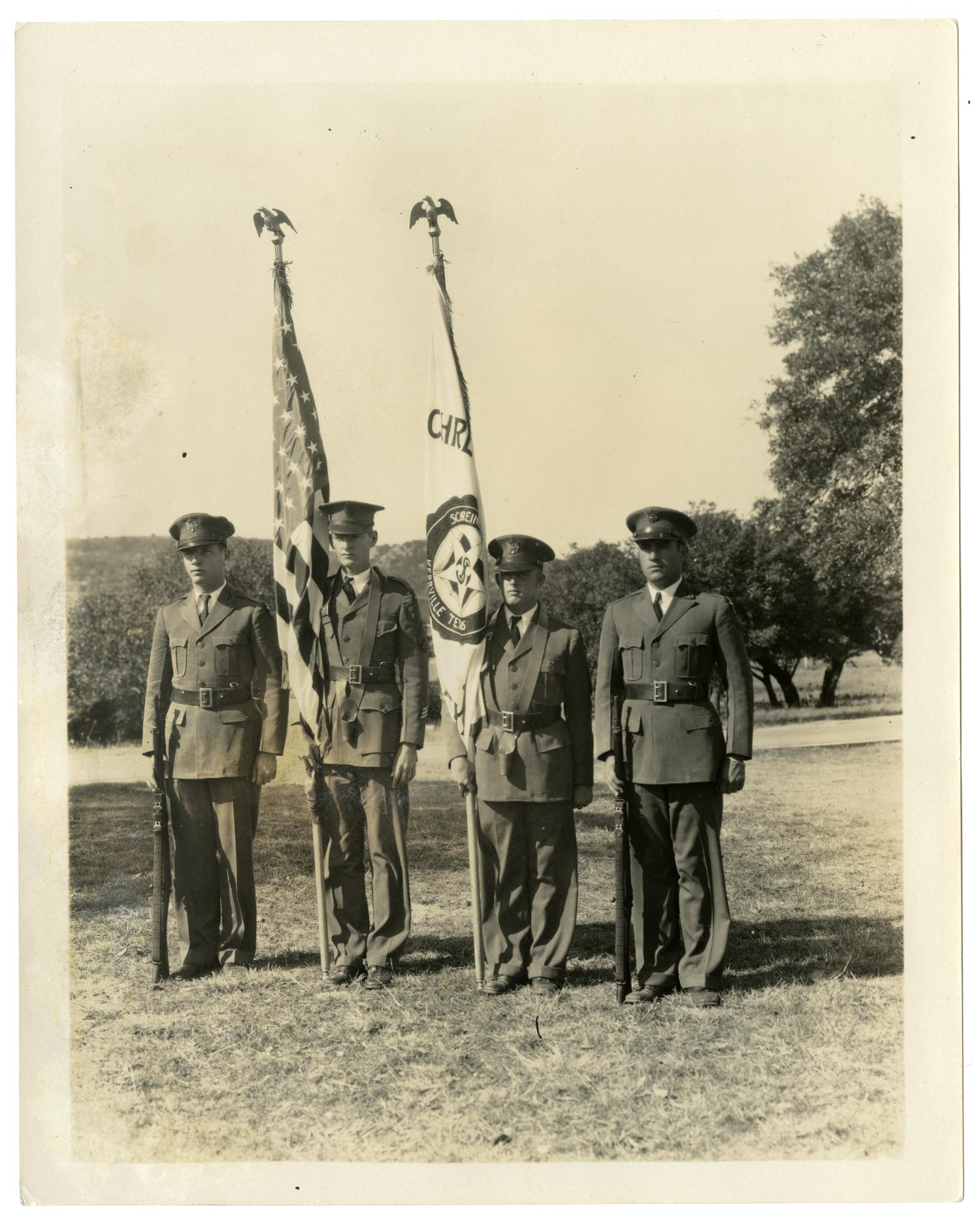 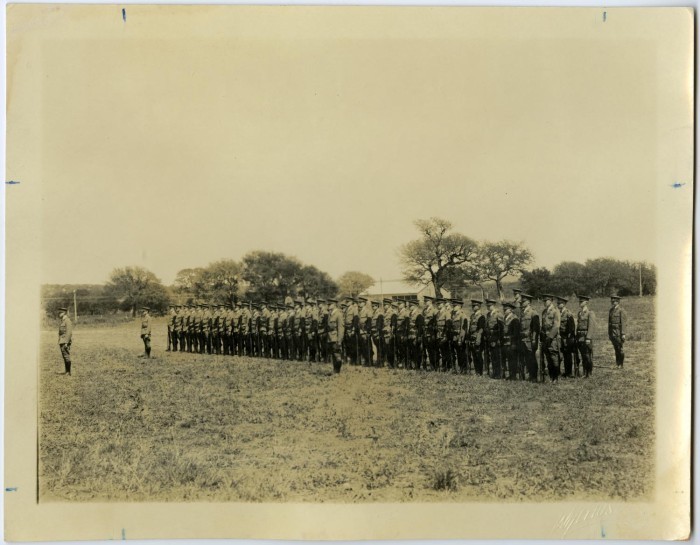 During WWII, the years of training young men for battle overseas took its toll on faculty and students alike. The 1946 Recall lists 84 names of former Schreiner cadets who gave their life in battle on the Honor Roll memorial page. 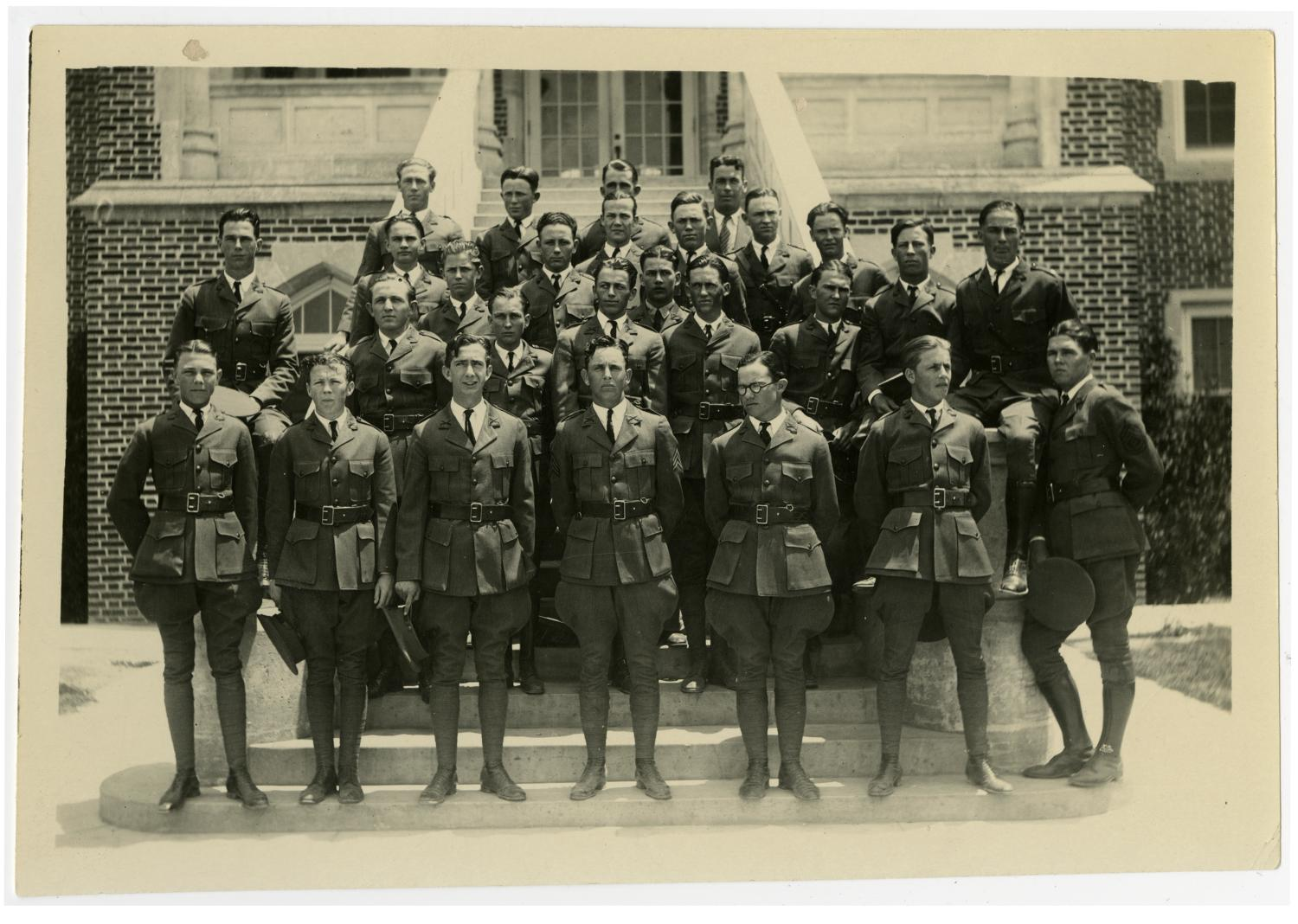 Portrait of the 1929 senior class of Schreiner Institute in their cadet uniforms on the steps of the Weir Administration Building. 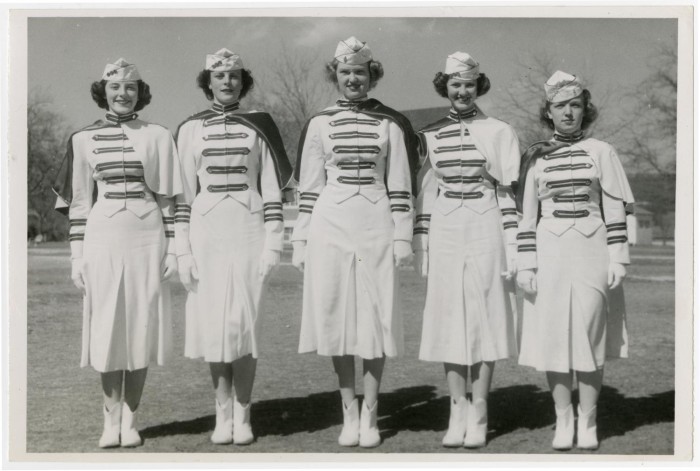 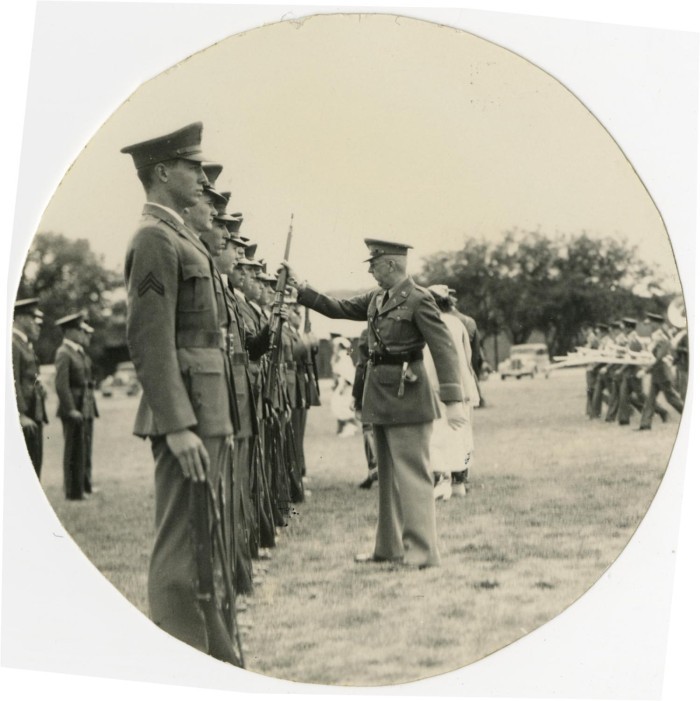 Photograph of a company of the Schreiner Institute cadet corps standing at attention for the annual federal inspection by officers from Fort Sam Houston. The Schreiner band and sponsors may be seen in the background as an officer inspects a cadet's rifle. The text on the back of the photograph identifies inspecting officer as Colonel Theodore K. Spencer who conducted the annual inspections from 1939 to 1941. 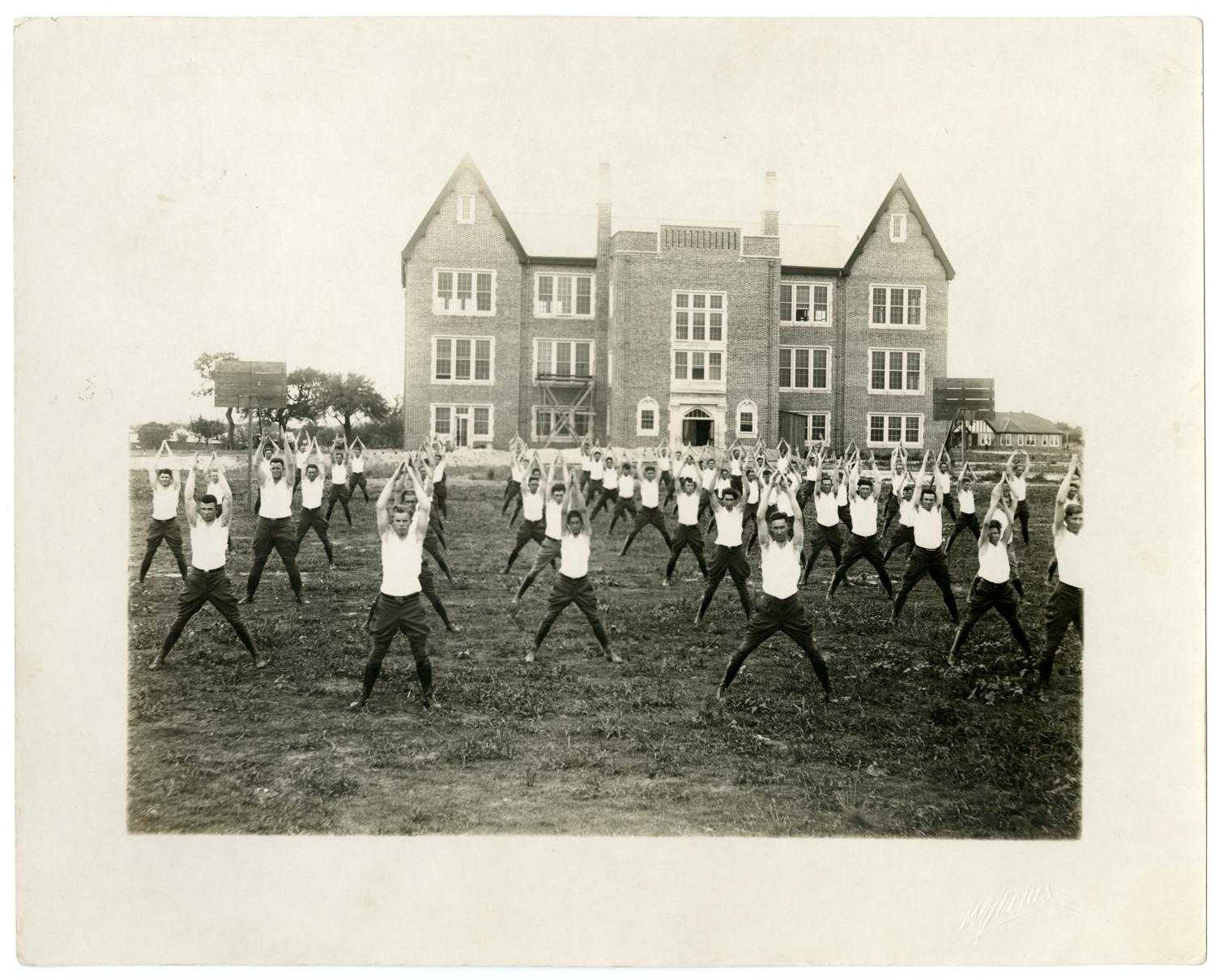 Cadets participate in physical drill exercises on the field in front of the Weir Administration Building.