Reacting to the Past: Korea: People and Factions

Korea at the Crossroads of Civilizations: Confucianism, Westernization, and the 1894 Kabo Reforms Resources

Confucius was an influential Chinese philosopher, teacher and political figure known for his popular aphorisms and for his models of social interaction.

The Analects are a collection of sayings attributed to Confucius. They can be read in their entirety at acmuller.net

Don't be intimidated by the foreign table of context. The text is in English, and is written as short passages that are numbered.

“Choose a job you love, and you will never have to work a day in your life.”

“He who knows all the answers has not been asked all the questions.”

“Life is really simple, but we insist on making it complicated.”
“The man who moves a mountain begins by carrying away small stones.”
“Before you embark on a journey of revenge, dig two graves.” 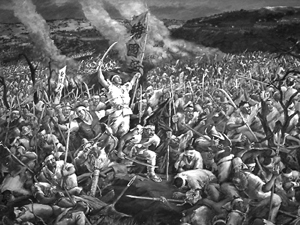 In the 1860s, an indigenous religion, Tonghak (동학, 東學,Eastern Learning),  which combined  such aspects as the meditation of Buddhism, ethics of Confucianism, primal nature of Shamanism, Taoism cultivation of energy and the personal God of Catholicism to oppose 'Western Learning' (Catholicism)  arose from the indignation of the lower classes of  yangban (ruling aristocratic class) oppression and foreign influence in Korea, especially Christian missionaries and Japanese imports . It was not only a religious movement but a social movement as well and concerned with the peasantry and the improvement of their conditions and reform of the corrupt government. The idea of the dignity and equality of all men was to influence future democratic movements.The initial success of the revolt led a panic court to seek help from  China and Japan, leading to the first Sino-Japanese War and Japanese colonization of Korea.

Click on one of the pictures provided to learn more about the Tonghak Rebellion. 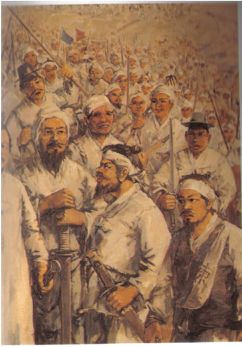 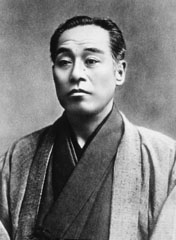 Fukuzawa Yukichi,  (born January 10, 1835, Buzen, Japan—died February 3, 1901, Tokyo), Japanese author, educator, and publisher who was probably the most-influential man outside government service in the Japan of the Meiji Restoration (1868), following the overthrow of the Tokugawa shogunate. He led the struggle to introduce Western ideas in order to increase, as he repeatedly wrote, Japanese “strength and independence.”

Fukuzawa grew up in northern Kyushu, the younger son of an impoverished lower samurai. Since he had little chance for advancement there, in 1854 he traveled to Nagasaki (then one of the few areas in Japan with connections to the West) to study Western military techniques. He left a year later for Ōsaka to learn Dutch, since that was the language then needed to access rangaku(“Dutch learning”)—the term the Japanese used to describe Western knowledge and science in the years when the Dutch were the only Westerners with access to Japan, before the country was opened to the West in the mid-19th century. In 1858 he moved to Edo (now Tokyo) to start a Dutch-language school, which in 1868 took the name Keiō Gijuku. That school developed intoKeiō University, the first great university independent of government domination and one that was to produce many business leaders.

Fukuzawa went abroad with the first Japanese missions to the West—the United States in 1860 andEurope in 1862—after which he wrote Seiyō jijō (“Conditions in the West”). The book became popular overnight because of its simple and clear descriptions of the political, economic, and cultural institutions of the Occident. Continuing his efforts to introduce Western ways into Japan, he developed a lucid writing style and began the first attempts at public speaking and debating in Japan. In the xenophobic years at the end of the Edo (Tokugawa) period, before the Meiji Restoration, Fukuzawa’s championing of Western ways provoked many attempts on his life. After the restoration, when the Japanese government began to actively seek foreign knowledge, Fukuzawa was often invited to enter government, but he refused, insisting on the need to develop an independent intelligentsia.

In 1882 Fukuzawa founded the Jiji shimpō (“Current Events”), which was for years one of Japan’s most-influential newspapers and a training ground for many liberal politicians and journalists. He also wrote more than 100 books explaining and advocating parliamentary government, popular education, language reform, women’s rights, and a host of other causes. Writing in his The Autobiography of Fukuzawa Yukichi (Eng. trans. 1934; numerous subsequent editions and reprintings) shortly before his death in 1901, Fukuzawa declared that the abolition of all feudal privileges by the Meiji government and Japan’s victory over China in the Sino-Japanese War of 1894–95 (which gave Japan the status of a world power) had fulfilled his life completely. His only regret was that many of his friends had not lived to see those great accomplishments. 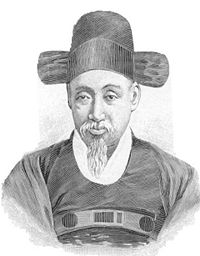 Taewŏn'gun built up his own political power by balancing one faction against another in the swirling party politics of the decaying dynasty and took advantage of his position to establish a strong party of his own. He promoted the reestablishment of a strong bureaucratic state and the reconstruction of the magnificent Kyŏngbok Palace in Seoul. He suppressed his critics and opponents and abolished the sŏwŏn, or study centers, which had turned into focal points of factional groupings. He relentlessly persecuted foreign missionaries and native Christians (Catholics), who were said to threaten the traditional religious-moral order of the nation that was once called the Hermit Kingdom.

It was Taewŏn'gun who had turned down the requests of foreign powers to open Korea for diplomatic and commercial relations. In his antiforeignism and in his struggle with foreign nations, he emphasized the need to expel the "Western barbarians" who were then rapidly expanding into various parts of Asia—often spearheaded by their gunboats. The forcible but brief entries of the French and the Americans into Kanghwa Island and elsewhere occurred during the regency of Taewŏn'gun.

Taewŏn'gun's forceful and often eccentric handling of domestic and foreign affairs of the nation aroused strong opposition from various directions. The large expenditures needed for armaments for the outmoded Korean army to "expel the barbarians, " and the heavy expenses and enormous requisitions of labor and materials needed for the renovation of the capital, increased the burdens of the peasantry. Numerous officials ousted by Taewŏn'gun, and the literati of thesŏwŏn whose lands had been confiscated, resisted the government of Taewŏn'gun. Faced with such opposition, Taewŏn'gun availed himself of the coming of age of his son, King Kojong, to retire from the chores of regency in 1873.